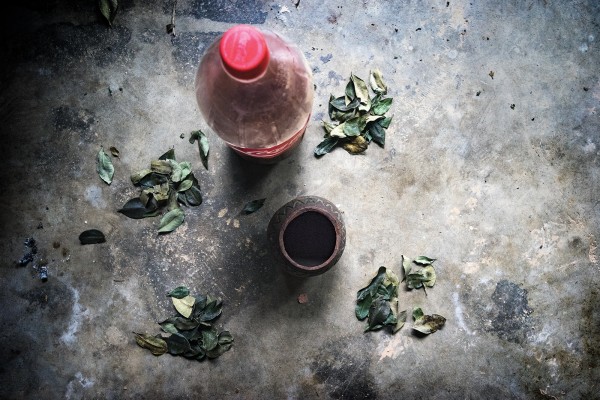 Nature and Going Out

After 17 hours of hairpin bends, we arrive in the northern Bolivian town of Rurrenabaque, situated on the banks of the Rio Beni, which separates the La Paz and the Beni departments. I’m on the trail of ayahausca, the legendary medicine renowned for its psychedelic and healing properties that has been used by indigenous cultures for thousands of years.

Rurrenabaque, a popular entry point to the jungle, is considered the best place to search for an authentic ayahausca experience in Bolivia. People say it is less commercial than Cusco, Peru, another popular destination for those looking to expand their consciousness. I step into the humidity of the jungle air, dodge the speeding motorbikes, and trudge through the muddy streets into what I assume is the centre of town. Imagine my surprise when I am accosted by a middle-aged Frenchman who takes me to his Parisian bakery. Unfortunately, the pre-ayahausca diet prevents me from trying the pain au chocolat, but the name of the washing machine in his bathroom summarises my days to come: the Fuzzy Logic.

I had read decent reviews of shamans online, comically on Tripadvisor, but I had been discouraged by the commercial nature of their practice. I found my answer in a group of dreadlocked artisans who were selling their wares and drinking Paceña on a street corner they affectionately named la oficina.

The next day, two of my new friends take me across the river to the agricultural town of San Buenaventura. Inquisitive looks come our way as we hike up the hill to Don Alfonso’s cabins. Unlike the businesses across the river, they insist, Alfonso is not in it for the plata.

Soon, Don Alfonso ascends the hill for his lunch, visibly tired from his morning's work. ‘I never believed my parents when they said my strength would decline at age 55,’ he says. ‘Now I'm 63 and I finally believe them.’ But, claro, we can proceed with the ceremony tonight.

I'm woken up from my pre-ayahausca nap by voices shouting, ‘¡Propiedad privada!’ This isn't exactly what I'd expected. When I exit the cabin, a policeman and an immigration officer demand that I present my identification. I return with a photocopy of my passport, which is deemed insufficient, and I'm whisked away back across the river to an immigration office on the edge of Rurrenabaque.

Apparently I'm not in the system. I text friends in La Paz and ask them to send me my visa number, while the officer alternates between amicably showing me how to get the most out of my phone credit and threatening to deport me. At first, my visa number changes nothing. Either I'm going to have to pay a multa of 210 Bolivianos or someone is going to have to fly my passport down to the jungle. In the corner of the room, a tiny TV set blares a chat show where a couple argues over whether their hypersensitive 4-year-old daughter should be treated with a marijuana sandwich. I slyly mention that my colleagues in La Paz will be contacting a lawyer. Within minutes, I'm legal again. ‘The system was slow because of the rain,’ the officer explains.

Within an hour, I’m back across the river in another of Alfonso’s cabins. I sit back in a deck chair while Alfonso sprinkles pure alcohol on four piles of coca leaves as an offering to Pachamama. He prays before handing me a ceremonial wooden bowl, filled with an ayahausca infusion poured from a two-litre Coca-Cola bottle. I meditate. I’ve been told it takes at least forty minutes for the ayahausca to take effect, but almost immediately brightly coloured fluid patterns swirl behind my eyelids.

As is custom, I drink a second cup a little later and am greeted by the stereotypical psychedelic tunnels of light, rotating fractals, images of my Mother kissing and then strangling me. The Buddha. But I open my eyes to the world I have always known. Alfonso says I may not have ‘broken on through’ – to use Jim Morrison's words – as I didn't throw up after drinking the liquid. ‘The purge’, as it is known, is a crucial part of the ceremony as it symbolizes the body’s expulsion of evil.

‘Sometimes it just isn't your time,’ Alfonso explains. I realise that I won't be leaving the cabin a changed man and that the experience will not transform me into the Buddha or Jesus Christ. I realise that perhaps another cup would allow me to delve further into my psyche, but I can see that Alfonso, who is furiously munching handfuls of coca leaves, wants to call it a day. My sense of compassion asks him if he'd like to go to bed. ‘Yes,’ he says. ‘It’s 2am.’ I hadn’t realised that.